In this cooling water system in China, made from steel and concrete pipes, a direct cooling system is used in a two chamber, double journey condenser in a traditional power station cooling tower, with an 18250 m2 cross section and tubes defined by outer diameter 22 x 0.5 mm. The cooling water pump is rated at a flowrate of 5.08 m3 /s for 24.95 m of head. The pressure losses before the cooling pumps are 1.259 m of head at the rated 5.08 m3 /s, with two major pressure losses downstream, one caused by the water distributor in the cooling tower (1.428 m of head at 6 distributors x 1.69 m3 /s) and one caused by a rubber ball cleaning device (0.5 m of head at 5.08 m3 /s). The carbon steel pipes used are DN1800 and DN2400 types, and are those used most commonly, except in the cooling tower itself where concrete pipes are used.

PIPENET Transient module was used to estimate the pressure surge caused by a pump trip as well as to evaluate the effect of vacuum breakers on the network in such a situation. 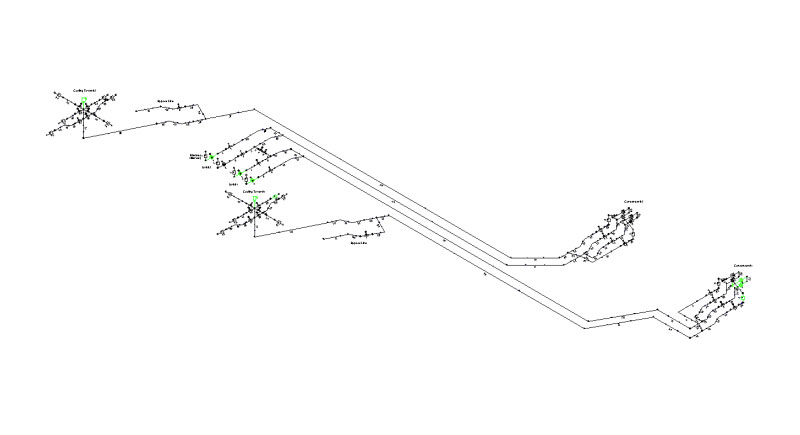 Read More
andycoldron2023-01-13T13:06:48+00:00
Page load link
By clicking “Accept All Cookies”, you agree to the storing of cookies on your device and to the associated processing of data to enhance site navigation, analyze site usage, and assist in our marketing and performance efforts. Read our Privacy & Cookies policies. Accept All Cookies
Go to Top